How Technology will Bridge Language Barriers 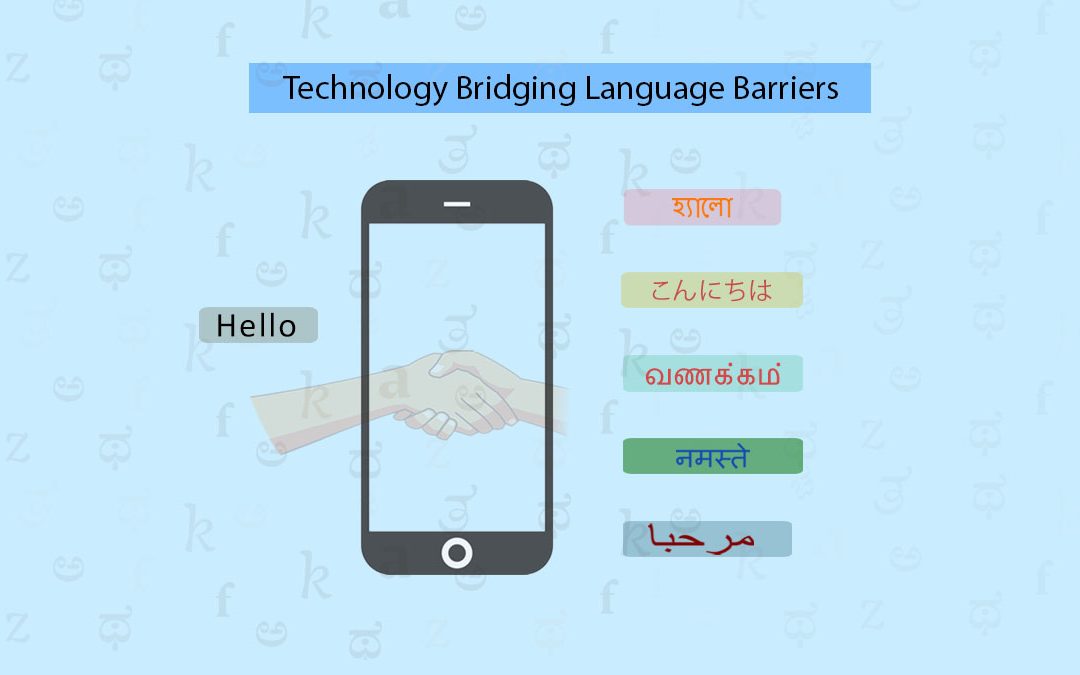 Out of the several mediums of communication developed over the years, perhaps, language remains the most effective one, simplifying communication and interpretations. So, where’s the complication? The complication is that we don’t live in a perfect world, and with thousands of languages, intertwined, and yet independent, at times, it becomes difficult for people from diverse cultures to work in unison and connect with each other on the native front. Nevertheless, discussing language barriers is beyond the scope of our blog, as it is a massive factory of thoughts in itself. Here, our concern is that of discussing the role of technology that would help bridge the language barriers, and how does LinguaSol employ technology to help clear off the language barrier.

Language Inefficiency as a Hindrance to Business

Barriers and obstacles are inevitable in every business. While operational, technological, and financial barriers form a regular routine, one of the common barriers, although not encountered everywhere, is that of the language used between people belonging to two different cultures. For instance, English, although accepted as the global language, isn’t yet as regular as a mode of communication across the world. Similarly, someone operating in an English speaking country would not necessarily understand a South East Asian language! This could hamper daily operations, and especially when the operational transactions are frequent and large in numbers, thereby transforming into a major challenge for the business runners.

There’s another concern and that directly deals with the user interface. A website operating in a foreign language, at times, isn’t understood by the local users, thus reducing its local utility and relevance. All in all, it is the business that suffers, as the local group neither connects with the service provider, nor the technology that brings information to their table.

The Human Element in Language Translations

Aren’t there translating tools available on the web? It is quite organic for an average internet user to ask this question. However, the concern here is that of the accuracy delivered, and more importantly with personalized or human-oriented editing. So, it would be more sensible to ask if the existing online translating tools offer a human editing angle to translating a particular foreign language content? And, how does technology steps in as the savior helping conquer all the virtual barriers? The answer is LinguaSol. Obviously, being a technology-oriented organization, LinguaSol employs technology, but in an innovative and convenient manner, without disrupting the source, and keeping the base as is.

The Role of Technology in the Language Translations

Technology apparently appears to be a solution for anything and everything, and language translations aren’t an exception to it. However, mechanizing a particular task with a very little concern towards user experience, user-connect and comprehension is nothing more than a fleeting commercial approach. Remember, here, we aren’t referring mechanical translations through the use of technology, but blending technological intelligence with human intelligence, so that we carve a better, sensible and a connecting solution.

Now, consider a website originally operating in English, however, venturing into a country or a region wherein English is less spoken or understood. Since it is imperative that the website creates connect with the local audience, it is necessary for the website owners to translate the entire website in the local language, to make it more relevant and native.

That’s exactly what LinguaSol would be helping its clients with. Translations in the above case would be done through virtual translating tools; however, looping humans in the editing and finalizing process would help create the much-required human touch, thereby making the content more interactive, and at the same time without making it appear robotic. But, the operating source of the website would remain unchanged throughout the process. LinguaSol, in fact, would create a virtual local language layer between the source and user interface, thereby making the website look local, although the source would always remain original.

Forgetting the local audience in the pursuit of fetching the global ones isn’t a great idea! It drags you away from the local market, as not every targeted local would relate to your business. And, that isn’t a healthy approach in the long run. Thus, to strengthen the local associations, it is necessary that you opt for LinguaSol translations services that weave technology and humans together!