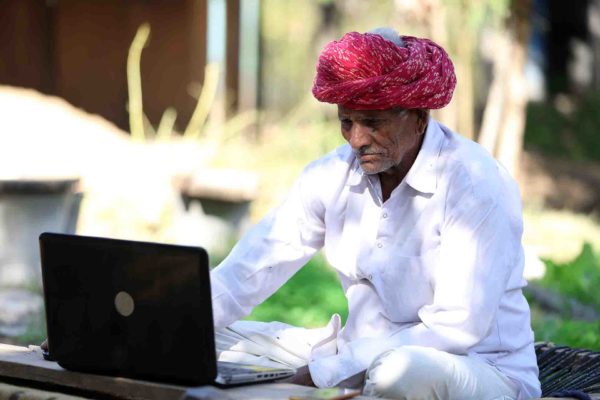 Allow LinguaSol to be your ambassador to globalization into the world’s most exciting emerging markets – India, and beyond. LinguaSol has created the one source solution for smart, accurate, multi-lingual digital globalization.

Globalization into emerging markets is going to skyrocket in complexity as brands compete for international consumer attention. Today customers are increasingly sophisticated and demand market specialization and focus. LinguaSol has compiled a guide to this complex marketplace reality to provide you with the tools you need to be successful.

India is a country that is as diverse as it is fascinating. This great nation is scheduled to be the next emerging market to expand and everyone in your business will be fighting for their attention. How well do you understand India and their consumers? LinguaSol understands the people of the region and knows the product you need in order to be ready. Allow us to help guide you to the most enriching and diverse cultures in the world and unlock the secrets to the people who live there.

There are exciting things on the horizon for India. Many major brands have already begun to see India’s importance. Walmart has purchased Flipkart; Ikea launched their first store in Hyderabad;, Ogilvy India has a special partnership with Google and the major streaming provider, Netflix, has produced an original TV series “Sacred Games” which is set in Mumbai. More companies are going to follow this trend. Are you ready to expand into India?

With all of this new attention to India, brands will need to do more if they are to be successful in this unique and complex marketplace. There are many misconceptions about the people of India. When we think of doing business in this country the first thing that may come to mind is outsourced labor. We have seen many U.S. companies expand into India in order to save their overall budgets. This is a very limited view of this great nation and the people who reside there.

In fact, India is one of the world’s most populated countries. Per the 2016 census there are roughly 1.324 billion people living there. That is only slightly less than China -where a quarter of the entire planet’s population resides (1.379 Billion). With so many consumers, why is this marketplace so mysterious?

Citizens of India are generally bi or trilingual.  Children are taught English at an early age, but most citizens speak up to three languages.1 Yes, it might seem simple to market to this audience in English, particularly if most already speak it, but you would be missing an entire segment of the market. Studies show that people prefer to be marketed in to their own language. It makes better business to speak to people in India’s 22 major languages?2 There is an increased need for translation and globalization in order to connect with this new audience.

With Hindi being one of the most spoken languages in the world (just a bit less than Chinese), we definitely see Hindi translation as being a top priority for most industries, but we would be remiss if we weren’t prepared to localize into the other 21 widely spoken native languages.

In most countries, you attract the most consumers in the major cities. However, in India, the majority of the population actually resides in remote areas outside of the cities. This may be what is most puzzling to U.S. retail giants that wish to open stores overseas. How can you reach the majority of the population if they aren’t all in the same place? That’s where India’s conversion to a cashless society comes into play.3

India has begun replacing the majority of cash with cashless linked banking information.  An ambitious plan begun in 2016 created a series of connected systems that are secure and allow the transfer of financial and personal data.  Due to this there are now greater than a billion new consumers to attract. PayPal4 is a great example of a company who was first to the cashless digital party and quickly able to capitalize on this changing economy. This Silicon Valley corporate giant jumped onto this opportunity and quickly established themselves as a premiere payment provider. The significance of this is staggering.

On average, Indian citizens work a 50-hour work week. As one of the hardest working in the world, there is significant funding behind their new increased interest in Fashion and Electronics.5

It is important to watch these economic developments in order to evaluate the level of competition moving into the region. This will dictate the level of globalization that needs to be considered.

You need to be ready to translate your company’s product language into the native language of the region, even though most of the population speaks English or French. There are cultural implications of your marketing that you must be aware of and reflexive accordingly.  How can you best target the right customers for your product?  LinguaSol can be your guide to all of it.

LinguaSol’s product solution is the smart choice for companies that are ready to capitalize on global expansion into emerging markets. LinguaSol allows brands to react quickly to adding new markets to their digital landscape. The dexterity that we provide is the best way to expand your global footprint. Are you ready for the next new marketplace? Speak to one of our sales representatives and learn how we can help.